It’s a bird, it’s a plane over Kaanapali 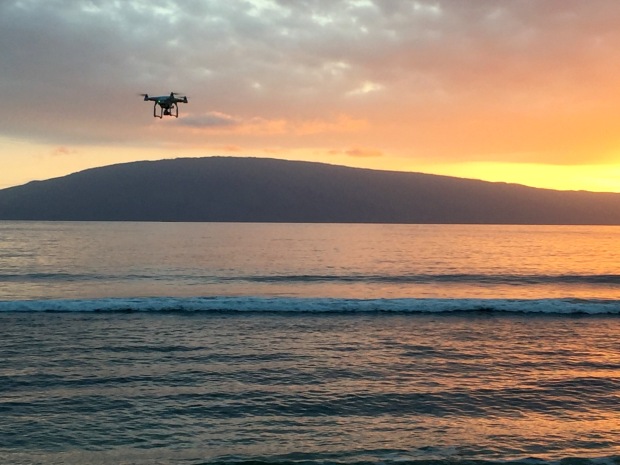 No its a drone.

Are your ready for the joy of Maui basketball? 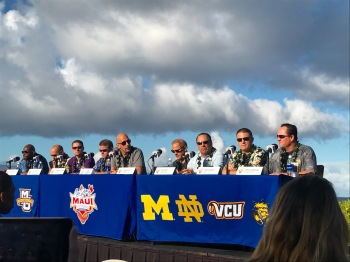 Coaches press conference kicks off the annual event . Each team gets Maui Jim surfboard displayed at their home school and here.
. 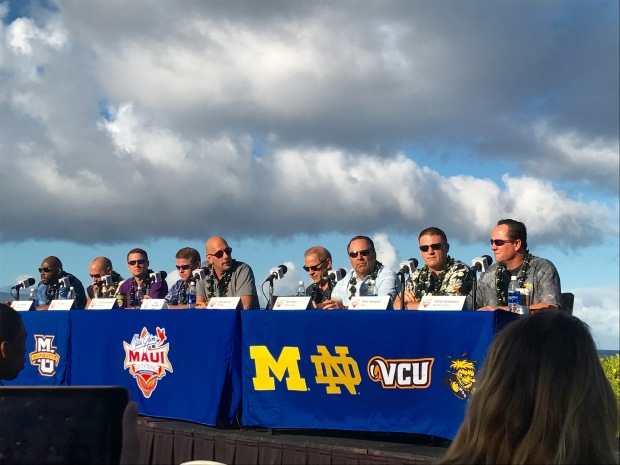 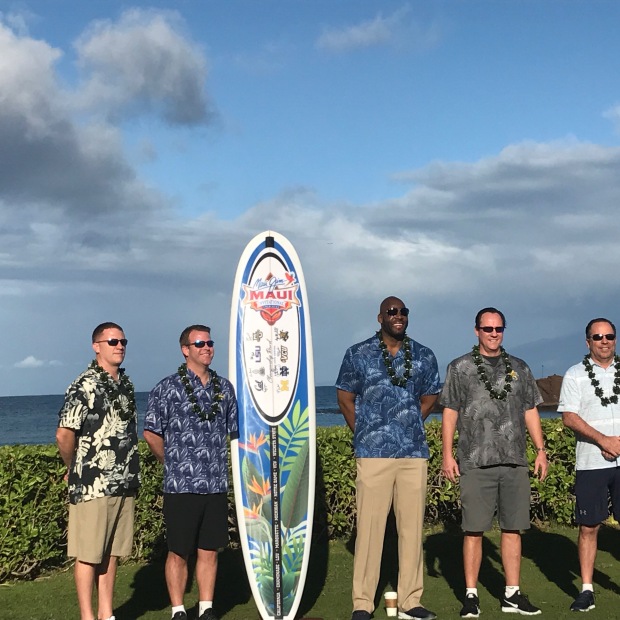 WHATS ONE 0F THE MOST FAVORITE PASTIMES ON MAUI

.Well if you in Hawaii, it’s beer 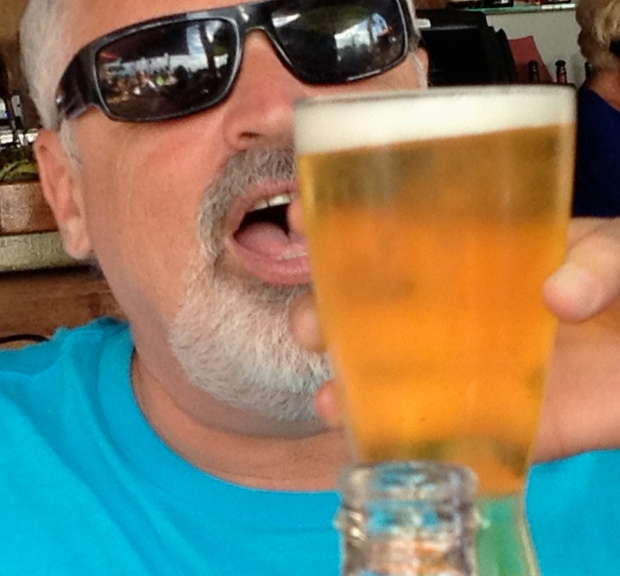 WHERE ARE THESE PEOPLE GOING?

They are on the Kaanapali Beach path. Your guess is as good as mine. Any ideas?

A Maui egret makes a rare visit and provides a rare photo on the Kaanapali beach path to surprise visitors.. The elegant birds frequently glide above Kaanapali but rarely this close ti the ocean. Egrets frequent beach areas around the globe.
LEARN ABOUT THE BEACH PATH IN MY NEW BOOK. 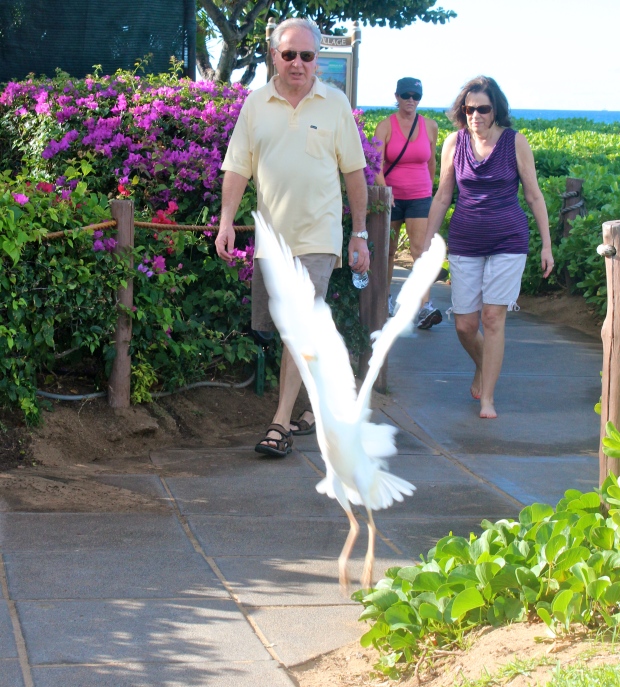 UP, UP AND AWAY

IF YOU LIKE JOYS, YOU WILL LOVE MY NEW BOOK

Google Voices of Aloha on  Magical Maui to learn about aloha, my passion for Maui, and  60 concise stories of kings and queens, missionaries who converted Hawaiians, and sections on the visitor experience,  Hawaiians, Todays Hawaiians and their culture, Entertainers /Artists, Makers of Modern Maui and Remarkable people here and about. Handy guide for visitors on the island 24 hours. (Maui Time Weekly}.  Check out those featured in slide show below. Get it onAmazon

My take on Saturday’s march in mid-Pacific in Letter to the Editor, Maui News. 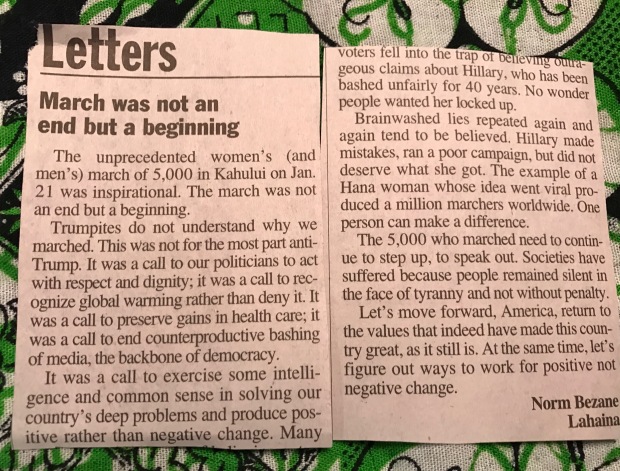 IN 250 WORDS OR LESS: Saturday’s unprecedented women’s (and men’s) march of 5,000 in Kahului was inspirational. The march was not an end but a beginning.

A RAINBOW FOR INSPIRATION.

It was a call to exercise some intelligence and common sense in solving our country’s deep problems and produce positive,rather than negative change. Many voters fell into the trap of believing outrageous claims about Hillary who has been bashed
unfairly for 40 years. No wonder people wanted her locked up.

Brainwashed lies repeated again and again tend to be believed. Hillary made mistakes, ran a poor campaign, but did not deserve what she got. The example of a Hana woman whose idea went viral produced a million marchers worldwide. One person can make a difference.

The 5,000 who marched need to continue to step up, to speak out. Societies have suffered because people remained silent in the face of tyranny and not without penalty.Let’s move
forward America, return to the values that indeed have made this country great, as it still is. At the same time, let’s figure out ways to work for positive not negative change.

KAHULUI, MAUI–Some 5000 people equal to 3 percent of the population march in largest rally ever held on this best Hawaiian island. Idea for marches began from a post by resident of tiny Hana, Maui that went viral. March not end but beginning speakers say. Get involved. Don’t give up.