GOLFERS TAKE A HOLIDAY AFTER CHRISTMAS

KA’ANAPALI–A day after Christmas, golfers and residents paraded their carts all decked out for Christmas in a sojourn around Kaanapali, visiting each resort. 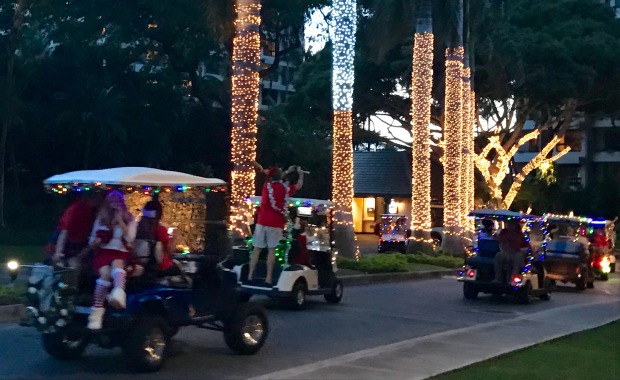 12th DAY OF MAUI CHRISTMAS: no present for them.

Kaanapali–Flamingos for Christmas at the Westin.  Nothing under the trees for them Check out my new site: bezants.com

Kahului–Santa wears a plumeria as he learns of little ones desires at Queen Kaahumanu Center. Check out my new site normbezane.com

LAHAINA, Dec. 25, 12  noon–In the eighth  of the 12 photos of Christmas series, Kaanapali Beach hosts more visitors than almost any other day of the year.  SCROLL DOWN FOR MORE POSTS ON MAUI CHRISTMAS

FOURTH POST OF CHRISTMAS ON KA’ANAPLI, MAUI Why was this worker completing a complex building project on Christmas Day on Maui”

KA’ANAPALI, MAUI, DE 25, 11:30 Because he was building the best sand castels seen on Kaanapali Beach for a long time.  SCROLL DOWN FOR MORE.

WHAT HAPPENED IN 1862 THAT IMPACTED CHRISTMAS ON MAUI THIS YEAR.

LAHAINA, Dec. 26-IN THE 12TH PHOTOS OF CHRISTMAS SERIES, we see the Christmas service of Holy Innocents  Church featuring song, hula, readings and more. A crowd of more than 250 attended at the first at the charming Episcopal Church on Front St.. SCROLL DOWN FOR MORE POSTS. Voices of Maui Talk Story, LLC Publishing. 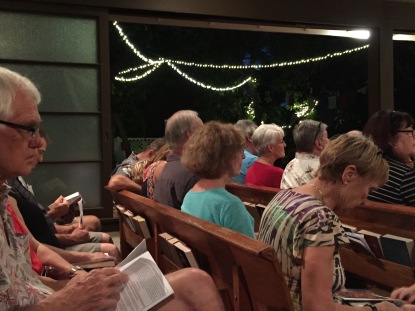 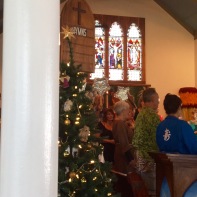 THE 12 GREAT PHOTO POSTS OF CHRISTMAS ON MAUI

LAHAINA, DEC. 25–A Sampling of how we celebrated Christmas beyond the pulpit and on the beach. No partridge in a pear tree, just provocative photos of what we did where coming Saturday. 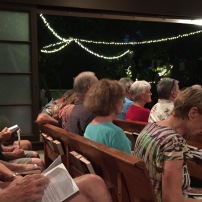 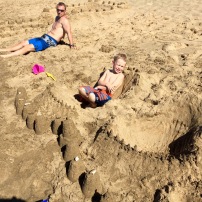 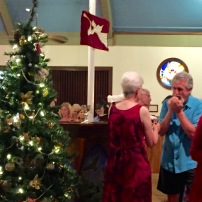 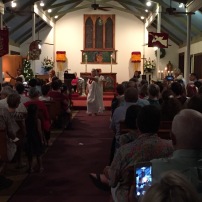 KA’ANAPALI BEACH MAUI  HAWAII, Dec. 21–Santa Claus landed on Kaanapali Beach late this afternoon in a special sleigh outfitted for HAWAII (a canoe) but a heavy surf found toys tumbling into the sea. (continued below).

Just joking. Santa went to Hula Grill on a dry run, so t speak, on the way to a secret workshop on Haleakala Crater where he assembles toys for Hawaii.  His assistants are overfeeding the dolphins who will pull his sleigh over the pali (cliffs) through the warm Maui night so they will have plenty of energy to swoop from the volcano across  to West Maui where hundreds of Mainland kids await and locals. Watch for big report tomorrow in this space. By the way, Maui is his favorite worldwide stop. Since it is at the end of his journey, he discards the red suit for a red trunks so he can enjoy the beach for a few days. Kids are urged not to bother him because he will be on vacation.

Chicago, Dec. 21–Santa was nowhere to be found here today but on Maui–if tradition holds–he showed up on Kaanapali Beach, Maui, landing in a canoe off Hula Grill. Here is what Santa missed by not being in Chicago: 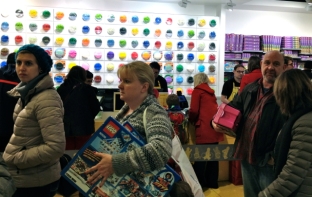 Legos: every color of rainbow 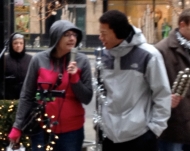 INNOCENTS: JOY IS A MUSCLE: EXERCISE IT. 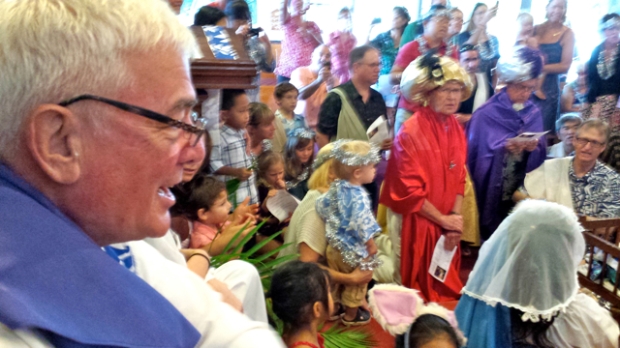 The sad part for Lahaina is that Father Bill is retiring and departing for the Mainland after nearly 10 years at the church at year-end. The pastor believes in celebrating Hawaiian culture at a church that is within eyesight of where King Kamehameha once lived and Queen Lili’oukalani visited. Father Bill struggled to learn Hawaiian and spoke the language at each service. A hui ho Father Bill. Looking forward to your future visits.                        Norm Bezane/VOICES OF MAUI TALK STORY, LLC photos. MORe TO  COME. 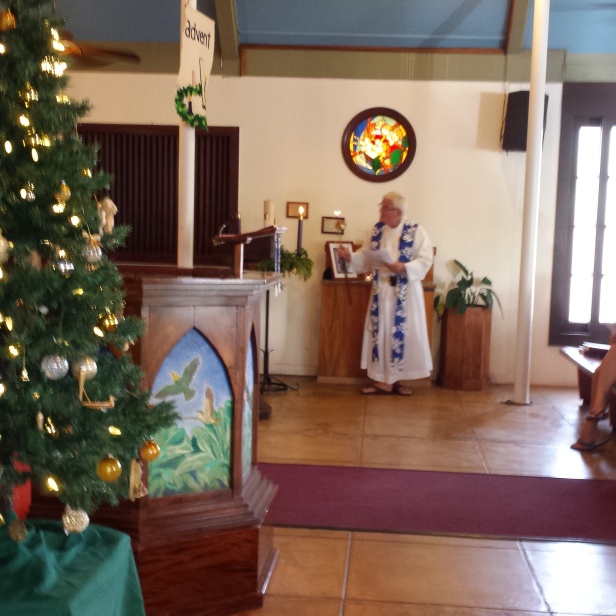 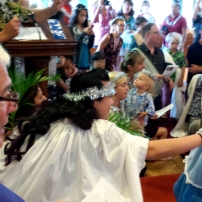 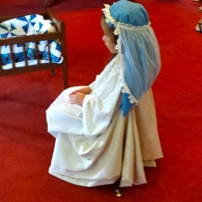